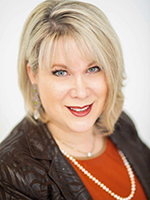 Rabbi Sharon Sobel is thrilled to join Temple Beth Sholom as Senior Rabbi. Her career has extended from leading congregations to leading national organizations. Most recently, she served as the Interim Senior Rabbi for Temple Beth Zion in Buffalo, New York.

For many years, Rabbi Sobel served as Executive Director of the Union for Reform Judaism’s Canadian Council for Reform Judaism and ARZA Canada, the Zionist arm of the Canadian Reform Movement. In that capacity, she acquired extensive training in leadership development, long-range and strategic planning, organizational behavior, and working with congregations in transition. She is passionate about anything connected to Israel and hopes to foster relationships and understanding between North Americans and the Jewish State.

Rabbi Sobel has been recognized for her writing, teaching, lectures, and workshops all over North America. Rabbi Sobel also has expertise in the area of bio-medical ethics and Jewish law. She has traveled extensively, on behalf of the Reform movement, in South Africa, the former Soviet Union and Israel.
Rabbi Sobel served congregations in Massachusetts, New York, Chicago and Toronto. She says, “A critical aspect of my role is to nurture community-building and enable strong, healthy relationships to thrive and grow. My goal is to make sure that people feel their voices are heard and their presence matters, so that the community is richer, healthier and stronger for their participation.”

A cycling and fitness enthusiast and avid cook, Rabbi Sobel views food as a catalyst for creating community and welcoming. She truly views her table as a “mikdash m’at – a miniature alter”, a place where the holy and the ordinary come together.

The daughter of a Reform rabbi, the late Rabbi Richard J. Sobel, from Glens Falls, NY, Rabbi Sobel was ordained from Hebrew Union College-Jewish Institute of Religion in New York in May, 1989. She received her undergraduate degree in Mass Communications from Boston University’s School of Public Communications. 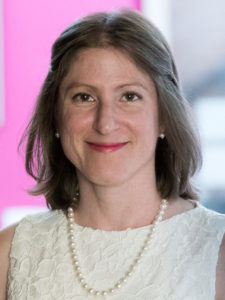 Ruth Irving, MBA has joined Temple Beth Sholom as our Executive Director.  As a native Southern Californian, Ruth was active in her synagogue growing up. She has been working in Synagogues for over 10 years and is proud to join the staff at Temple Beth Sholom. With a degree in religious studies and an MBA in Nonprofit Management from American Jewish University, she has a passion for working in the Jewish community. Prior to TBS, Ruth most recently worked at Beth Chayim Chadashim in Los Angeles. She also worked at Temple Isaiah in Los Angeles and Temple Emanuel of Beverly Hills before that. Having moved from Los Angeles, Ruth and her husband, Ben, are enjoying Orange County.

Ruth is eager to meet our congregants and to help us all connect to our temple community and to our Judaism.  Please be sure to stop in and say hello when next you come to TBS. 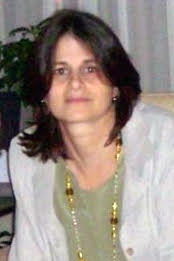 Tamara Levin nurtures a lifelong passion for working with young children in an educational environment. After earning her degree in education from the University of Cape Town, she started her career teaching deaf children at an elementary school in Cape Town, South Africa. Tamara immigrated to Boston Massachusetts where she continued her studies in Early Childhood Education. She worked at Temple Emanuel Preschool in Newton, MA for nineteen years and was the preschool director at Temple Emanu-El in San Diego for four years.

Tamara is committed to creating a warm inclusive community that works together to foster a love for learning filled with curiosity, wonder, and joy. To this end, she is constantly reflecting on best practices to mentor and support teachers, children, and their families. She invites you to visit our campus and witness our Early Childhood Center in action. 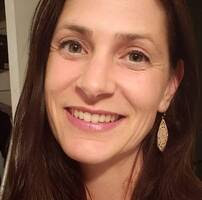 Lena’s background as an educator and administrator bridges both the public and Jewish sector. She holds a California teaching credential in English Education and has taught academics and Judaic studies in LA and OC. While Lena was the Admissions Director for Irvine Hebrew Day School here in Santa Ana (where she’s also a parent), she was trained in Positive Discipline mutually respectful, firm and kind social emotional development) at home and in the classroom. For the last year, Lena has been (and continues to be) the Operations Manager for Culinary Judaics Academy, an experiential curriculum teaching Judaism through cooking workshops. Lena is fulfilled by and committed to engaging Jewish communal work that connects us to our shared heritage through memorable, meaningful education. Lena lives in Huntington Beach, CA with her two children, Elijah and Sophie and they love taking trips together when school is out. 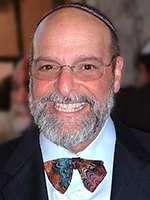 Rabbi Shelton J. Donnell served Temple Beth Sholom as Senior Rabbi from 1991-2005. A native of Southern California, Rabbi Donnell grew up in the San Fernando Valley, and graduated from Chadwick School in Palos Verdes. He completed his undergraduate studies at Pomona College in Claremont, where he studied Religion and Bible. It was there that he decided to become a rabbi, though he planned to become an academic. He was ordained by the Hebrew Union College-Jewish Institute of Religion, New York in 1977 and was a congregational rabbi in California for over 30 years. He served the congregations of the Sephardic Hebrew Center and Wilshire Boulevard Temple, in Los Angeles.

TBS granted him the title of Rabbi Emeritus in 2005, when he and his wife, Wendy Bocarsky fulfilled a life-long dream to make Aliyah to Israel. They lived in Jerusalem, from 2005 until 2015, where he was on the staff of the Hebrew Union College-Jewish Institute of Religion. There he taught Liturgy and served as the rabbi of the “Year-in-Israel Program” for entering rabbinic, cantorial and education students of HUC-JIR’s North American programs. Since 2015, Rabbi Donnell and Wendy have lived, with their three dogs, Louie, Barney and Angel, in Beaverton, Oregon, where Rabbi Donnell teaches Torah Study and Adult Education classes for Congregation Beth Israel. 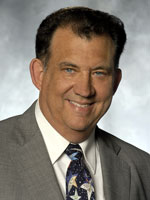 Mark Thompson, his wife, Elizabeth, and two children have been members of the Temple Beth Sholom family since 1994. He received his Bachelor of Arts from the Hebrew University of Jerusalem and Master of Arts from California State University Long Beach. He has held the position of Cantorial Soloist at Temple Isaiah in Palm Springs and has served as guest soloist in many locations in Southern California. In addition to his responsibilities at Temple Beth Sholom, Mark is a vocal coach, playwright and actor. He has written and produced one-man shows on the lives of famous scientists and philosophers, such as Galileo Galilei and Baruch Spinoza, which he has performed on university campuses across the country. Complementing his love of singing, he plays the guitar and lute and has a special interest in Early Music. He is also an avid amateur astronomer.