By TBS Webmaster on February 15, 2014 in Community Updates, Fire Recovery

Posted: Feb. 16, 7:45 pm – TBS Religious School Dear Religious School Families, The religious school building was undamaged by the fire, but the power supply to both buildings was disrupted.  As of now there is no power in either building and we are uncertain of the time-line for that repair.  For now, school is […] 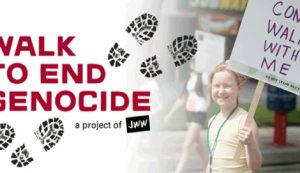 Join Team Temple Beth Sholom in Jewish World Watch’s OC Walk to End Genocide Sunday, April 21, 2013 Dedicate April 21, 2013 to the 3 million people displaced from their villages in Sudan, the over 200,00 men, women and children surviving in refugee camps in Chad since 2003 and the families of the estimated 45,000 […]

Last night I had the honor of participating in the Chapman Holocaust Memorial Program.  This 10th anniversary of this evening to remember brought over 100 survivors, their families and the community together to share together in a touching evening filled with music and stories reminding us of the importance to always remember. I was honored […]

Over the past several weeks we watched the events from Ambassador Michael Oren’s speech at UCI unfold.  We are concerned about the anti-Israel incidents that take place at UCI and strive to remain informed and proactive to support the Jewish students who attend UCI and the entire population that the University should be a place […]