My 18.5-year-old black tuxedo cat, Millie, lived in more states than most humans. Five to be exact, and six different homes in her lifetime.

I wasn’t supposed to even have her. On a cold day in January, 2003, my friend Rachael and I went to a cat adoption event at the Union Square Petco in NYC. Rachael and I spent three hours choosing a pair of kittens for me to adopt. This was the agency’s rule–if you wanted to adopt kittens, you had to take them in pairs. Kittens socialize better together.

Right at the moment that we were ready to leave, one kitten attacked the other, and the head of the adoption organization said we couldn’t take those cats together. She pointed at the then unnamed Millie and said, “What about her?” We both thought she was too hyper, after she had climbed onto my back, clinging to the thick wool of my winter coat. I said “okay.” They said I could bring her back at any point, under no uncertain terms, if things didn’t work out.

Millie, for the good majority of her life, never liked to be held. She also always did everything on her own terms. And, she ended up being the most wonderful cat. She was full of personality and energy for the entirety of her years. If you know me, you probably heard multiple Millie stories or caught glimpses of her this past year on Zoom. Friends and family always thought of her as the petite little cat, that for her size, packed a lot of attitude. She was affectionately called Millimeter, Mini-Cat, Millie Vanilli, and Mills. As she climbed into her senior years, she craved more affection, often wanting to sit in my lap when I was working at my computer, and resting on my chest when I had retired to the couch to watch a TV show. And, Millie rarely took no for an answer, especially when she began noisily begging for her breakfast between 4:30 and 5:30 in the morning over the past year. So much for me, a very non-early-morning person.

Millie continued to do things her own way right up to when she took a turn for the worst while I was on vacation in Hawaii a few months ago. I was told that she wasn’t going to make it more than a few hours, and I was so very blessed to have my dear friends Marla and Bill able to assist me at this dire moment.

That day was a tough one and all I asked for was a sign from Millie that she was okay somewhere beyond the rainbow.

Later that day, I visited the Honolulu Museum of Art, a perfect, tranquil place for me to be in that moment. When I ventured into their gift shop, I found a box of notecards and printed on them was a picture of a black cat, Millie-sized, and just above the picture, it said: “Thank You.”

Thank You, Millie, for being a blessing to me for all those years, and thank you to all of our pets that bring us happiness, peace, and that unconditional love that we sometimes just really need. 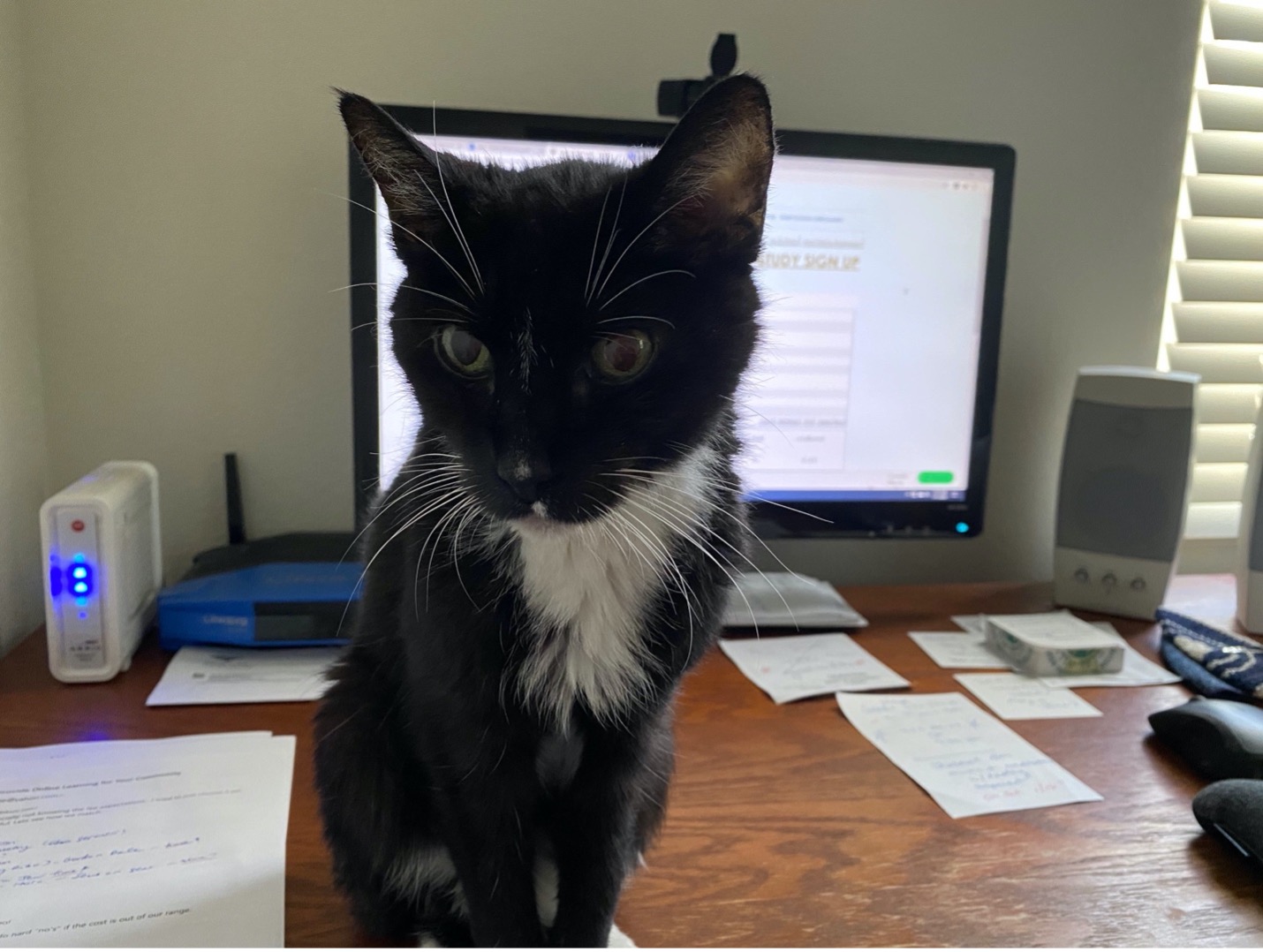