After dinner at the Kibbutz, a good nights sleep (9:30p for Matt and 10:30 for Rabbi Cohen) we had another famous Israeli hotel breakfast and then we were off for another day of touring.

Our first stop was in the Golan Heights where we visited a memorial from the 1967 six-day war. We learned the history of this multi-national conflict and the placement of all the eucalyptus trees on these hills, as well as seeing just how close Syria is to the kibbutzim and towns in northern Israel. 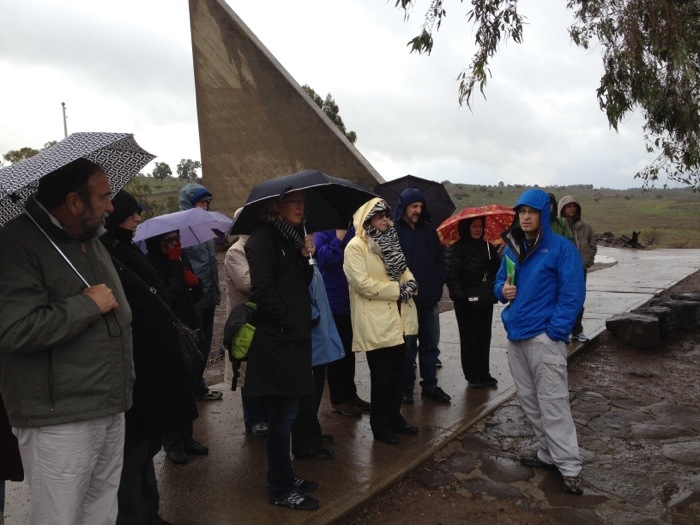 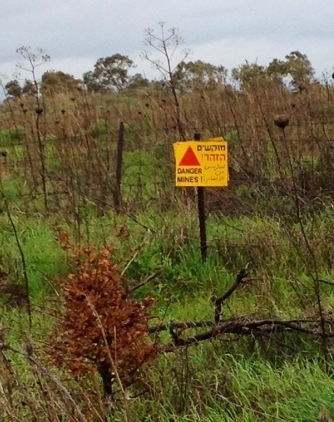 Now we’re back on the bus and I thought I’d give you a picture of our guide Mike in action: 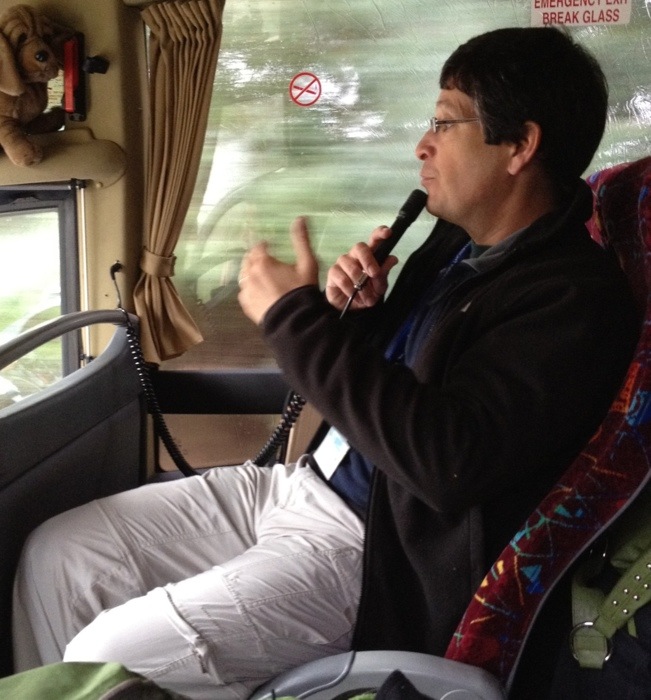 We had originally planned to continue to a transformed military outpost but because we wouldn’t have been able to see the usual spectacular views into Syria and Israel, we diverted instead for wine and chocolate at De Karina boutique chcolatery. 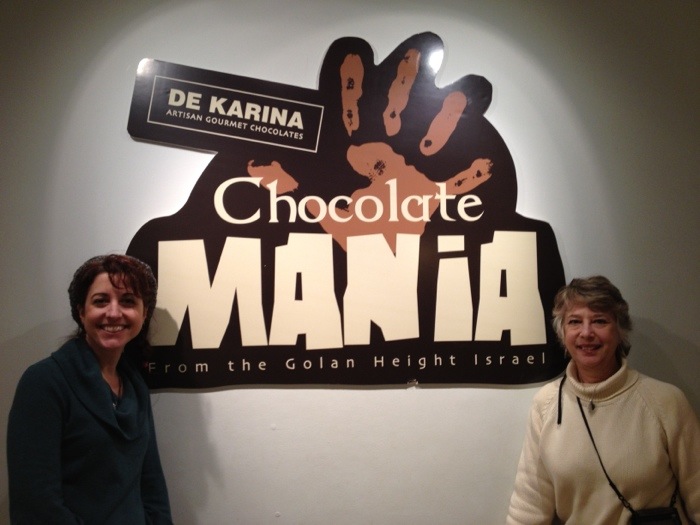 We were Invited to make our own chocolate treats and truffles and get just a little but messy. 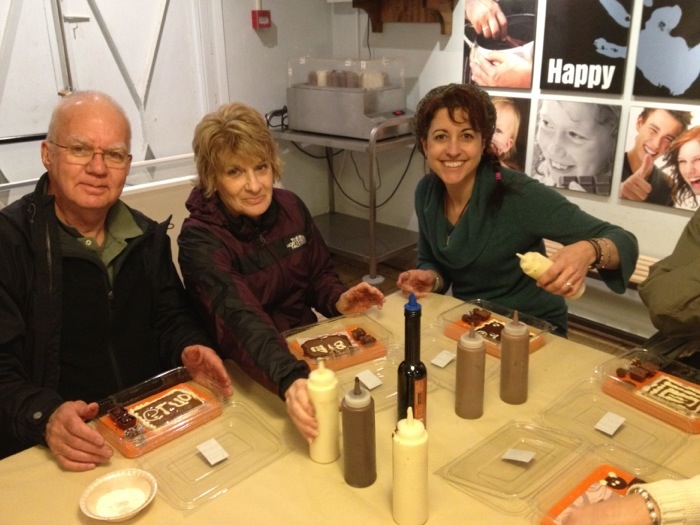 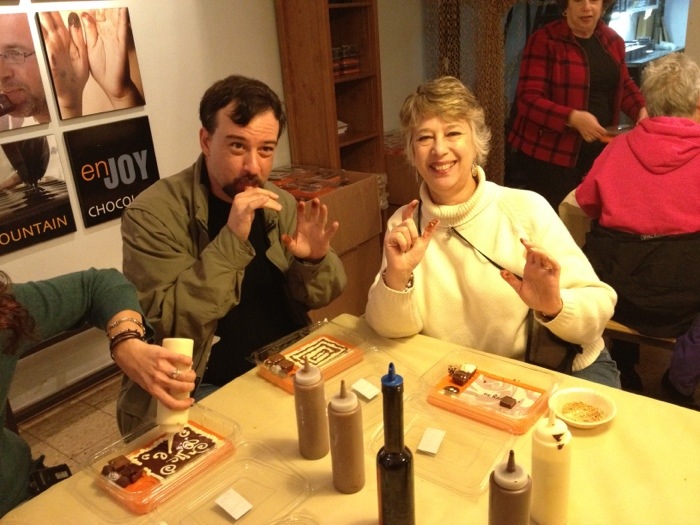 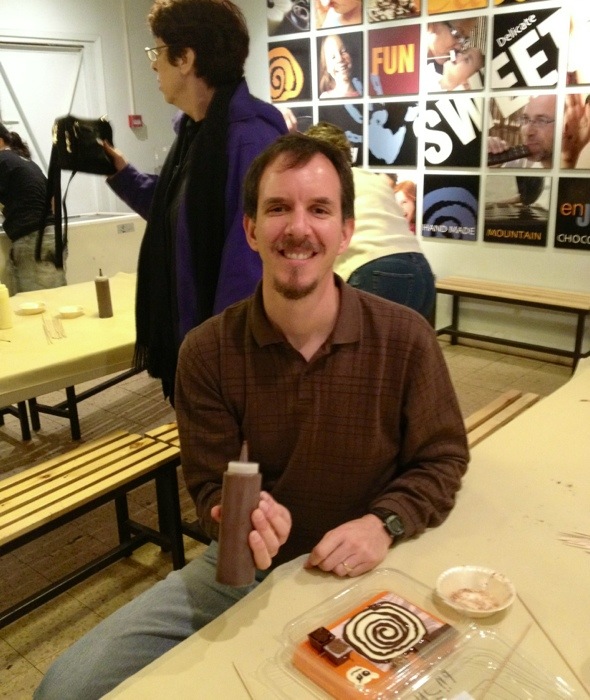 Between De Karina and the wine shop next door, everyone left with something extra.

One Response to Exploring the north – Golan Heights and De Karina