This lecture is part of OC iEngage, a community learning initiative that empowers learners to engage civilly on some of the Jewish community’s most divisive topics through Jewish values-based discourse.
This event is open to the public.

Donniel Hartman is an Israeli rabbi and educator. He is President of the Shalom Hartman Institute, a Jewish institute based in Jerusalem, that offers pluralistic Jewish thought and education to scholars, rabbis, educators, and Jewish community leaders in Israel and North America. He has written books and essays on Judaism and modernity and is a frequent speaker at academic conferences and synagogues in the United States and Canada. 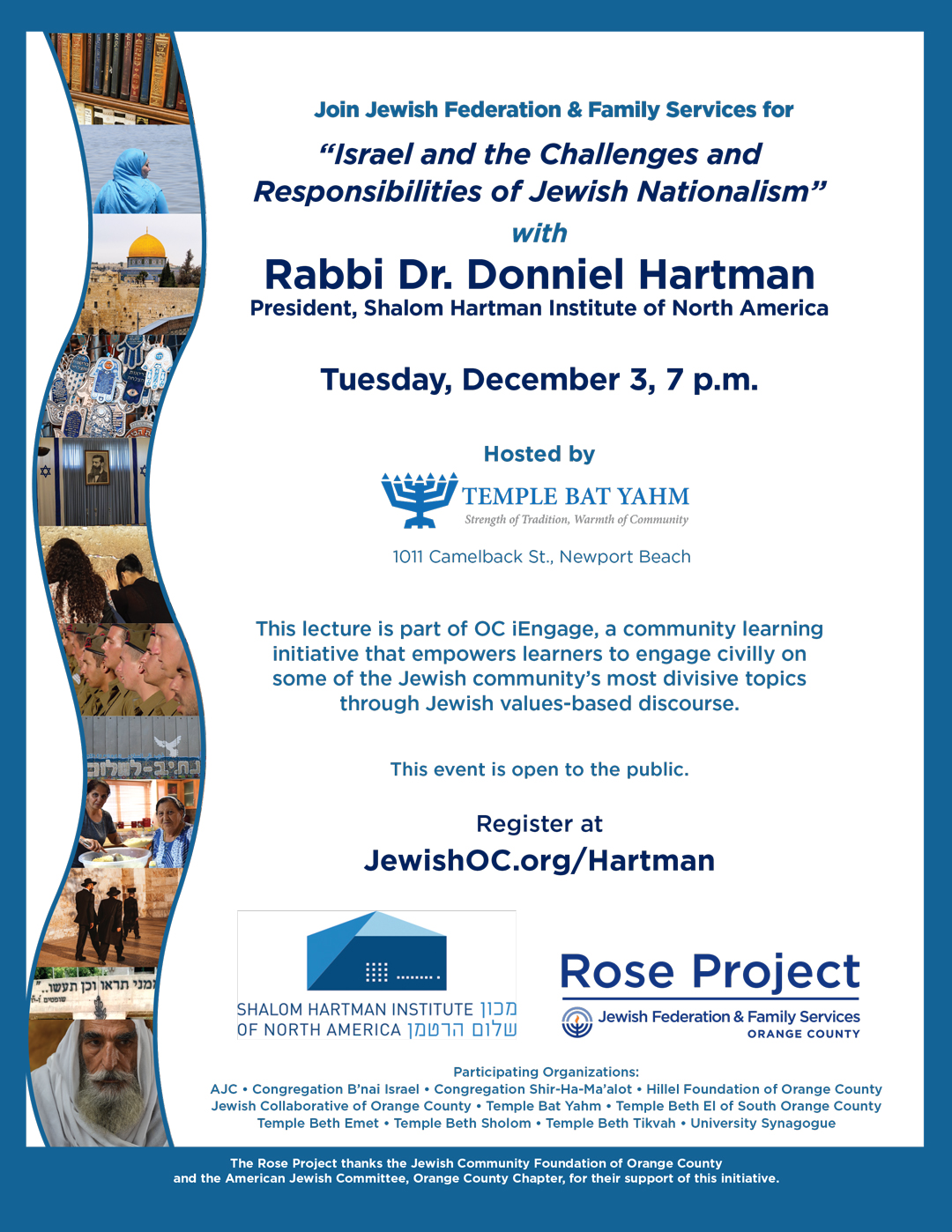