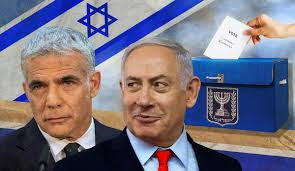 The word “Yisrael” appears 2044 times in the Hebrew Bible.

The word “Israel” appears 450 times in Mishkan Tefilah, our Reform Movement prayerbook. “Israel,” depending on the context, could mean either the land or the people of Israel.

In our Torah portion this week, Lech L’cha, from the book of Genesis, we find the Jewish people’s historical connection to the land of Israel. In our parasha, God makes a promise to Abraham and gives him and his descendants the land as an everlasting covenant for all time. God promises Abraham that his descendants would be as numerous as the stars in the heaven and the sands in the sea. (Genesis 12: 1-3; 7)

How did that parcel of land acquire the name “Israel?” Abraham’s grandson Jacob’s name was changed by God to “Israel” – the one who struggled with God (Genesis 32: 25-29). Thus Jacob’s descendants were known as “B’nei Yisrael” – the children of Israel and the land we inherited therefore came to be known as the land of Israel.

We, the people of Israel are tied to the land of Israel and the God of Israel via an everlasting covenant. This covenant was strengthened at Sinai with the giving of Torah. Sinai was purposefully a place in the wilderness, a belonging to nobody and open to all, so anyone can choose to join their fate to that of the Jewish people.

Even though we, as North American Jews do not live in the land of Israel, the land of Israel is our homeland. What happens in Israel matters to us. It is our historical homeland. We have a place there. What happens in Israel affects the Jewish community across the world, the American community. Additionally, the notion of safety and security of the Middle East resonates in communities throughout the world

This past Tuesday, Israel held its fifth national election in a little over three years. It’s parliamentary system of government is truly a democratic process, which makes for very messy and convoluted politics.

At the same time, there is no separation of “religion and state” in Israel. Beginning with David Ben Gurion, Israel’s first prime minister, the political party that is able to build a coalition with the largest number of smaller parties will offer concessions to other groups in exchange for their support. Example: the dominant party might offer a smaller party control of the Ministry of Education in exchange for support in forming a government. (This is an over-simplification). Thus, over decades, the smaller ultra-Orthodox, right-wing political parties have been able to wield enormous power in the government of Israel. We know that there are religious parties with leaders like Ben Gvir that are growing in strength – these parties strengthen the rights of those who do not fall within certain parameters of what they deem to be “Torah True” Jews – including those of us who identify as Reform, those who are not Jewish, anyone they consider to be “other.” Some of these right-wing parties may join the coalition that forms the new government.

We will know within the next month if Likud, Binyamin Netanyahu’s party, will be able to form a government. We’ll have a better understanding of which political parties have made agreements with him and how it affects us as a Reform Movement, how it affects the peace process, how it affects safety and security issues, social issues and so much more. (Please join us on December 1st at 7 PM via Zoom to learn from Rabbi Josh Weinberg for an analysis and discussion of the election results. Details below).

The Reform movement in Israel has grown and established itself as a credible voice of “another way to be religious.” Anat Hoffman, the Executive Director of the Israel Religious Action Center (the social justice and legal aid arm of the Israeli Reform movement) is a tireless advocate for religious pluralism, women’s rights, minorities rights and social justice issues. Rabbi Gilad Kariv, the Reform rabbi and attorney who is the former Executive Director of the Israeli Reform Movement, is currently the first Reform rabbi to be elected and serving as a member of the Knesset (the Israeli parliament) as part of the Labor Party. He understands full-well that in order to succeed in government, there will have to be some type of new “deal” with the Haredim (the ultra-Orthodox), that he has engaged in dialogue and discussion.

Yet, there are those who view people like Anat Hoffman, Rabbi Gilad Kariv, people like us – you and me (American Reform Jews, Canadian Reform Jews, Israeli Reform Jews – any Reform Jew), as “other” – as evil. They lash out at at Reform Jews who aspire for positive change with venom and vitriol, they throw hot coffee on us, dirty diapers…and so much more. Be prepared to see how these “machinations” play themselves out over the coming weeks.

We learn in this week’s Torah portion that Israel belongs to all of Abraham’s descendants, but it can only be found by moving forward: “Lech L’cha…Go forth!” Abraham chose to go forth and our people’s destiny was created in that moment. We will move forward, we will express our love for our homeland, we will work for the day when we remember our shared past and work together for our envisioned future as one united people.

….”All of us stood together at Sinai

When our past and our future

Exploded in thunder and flame before us.