This January, Shir Appeal, Tufts University’s only mixed-gender Jewish a cappella group, is touring the Los Angeles area and is performing at Temple Beth Sholom on January 12, 2019, at 7 pm. In the past, Shir Appeal has sung at synagogues, nursing homes, day schools, Bnai Mitzvahs, private parties, and fundraisers. We sing Jewish music in a variety of languages, from Hebrew, to Yiddish, Ladino, Amharic, and English. Shir Appeal is excited to continue sharing its love for Jewish music with audiences in the Los Angeles area this upcoming winter and cannot wait to perform for you.

Shir Appeal is an award winning mixed-gender Jewish a Capella group from Tufts University. They have travelled from coast to coast singing in a wide variety of languages and musical styles: Israeli pop and rock, traditional and liturgical songs, Jewish world music, and English songs with Jewish themes. Shir Appeal performs lively and beautiful harmonies that entertain and inspire.

Shir appeal is proud to be the first non-secular and only Jewish group featured on the prestigious Voices Only and Best of Collegiate a Capella (BOCA.)

Shir Appeal has been featured on every Best of Jewish a Capella (BOJAC) albums to date. 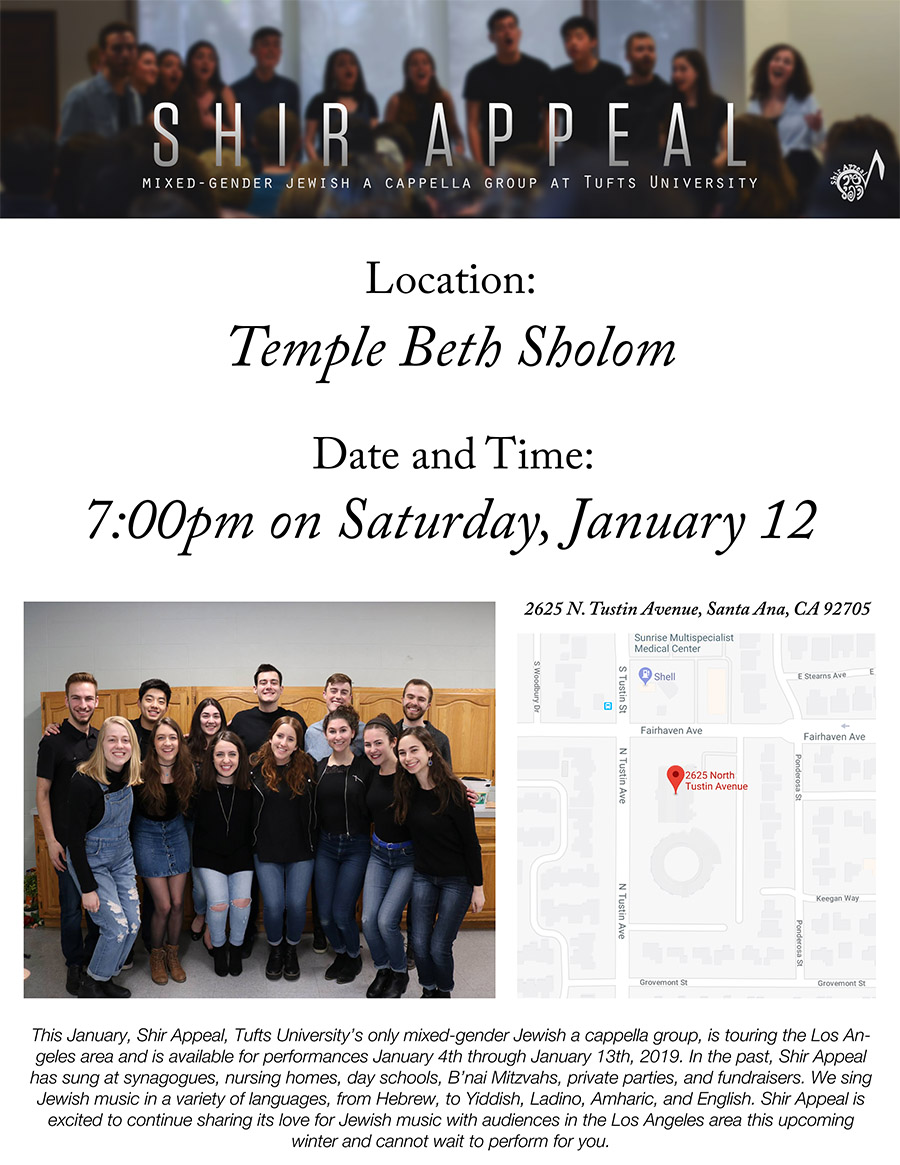 The Future of Aging: Challenges and Opportunities in the New Longevity Landscape
Dining in Good Taste