Saturday, November 19, 2022
10:30 AM (Please note change of time from our regular schedule)
Torah Study will be followed a box lunch option for $20 a person. Deadline to order lunches is 9:00am on November 14. 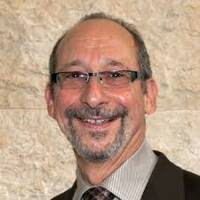 Rabbi Lawrence Englander
received his Honours BA degree from York University in 1970. He was ordained from Hebrew Union College-Jewish Institute of Religion in Cincinnati. He is the founding rabbi of Solel Congregation, Mississauga, serving there since its inception in 1973 until his retirement in June 2014; he now serves Solel as Rabbi Emeritus. He is also adjunct rabbi at Temple Sinai in Toronto.

Rabbi Englander received his Doctorate of Hebrew Letters from Hebrew Union College-Jewish Institute of Religion, in the field of Jewish Mysticism and Rabbinics. He has taught in the Religious Studies Department at York University and spent a semester teaching rabbinical students at Leo Baeck College in London, England. He has written several articles on Jewish Mysticism, as well as a book, The Mystical Study of Ruth, published by Scholars Press. He is former editor of the Central Conference of American Rabbis Journal and editor of The Fragile Dialogue: New Voices in Liberal Zionism, published by CCAR Press in 2017.

One of Rabbi Englander’s passions is Reform Zionism, a subject on which he has written and edited articles. He is past chair of ARZENU, a world-wide progressive Zionist organization.

Rabbi Englander has also played an active role in establishing two Mississauga interfaith organizations: Foodpath, a community food bank; and Pathway, a non-profit housing corporation, of which Rabbi Englander was the founding president. In 2005 he was appointed as a Member of the Order of Canada for his work in the community.

Both Rabbi Englander and his wife Cheryl are natives of Toronto. They have been dear friends of Rabbi Sobel since 1989. 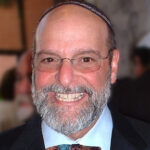 Rabbi Emeritus Shelton J. Donnell
served Temple Beth Sholom as Senior Rabbi from 1991-2005. A native of Southern California, Rabbi Donnell grew up in the San Fernando Valley, and graduated from Chadwick School in Palos Verdes. He completed his undergraduate studies at Pomona College in Claremont, where he studied Religion and Bible. It was there that he decided to become a rabbi, though he planned to become an academic. He was ordained by the Hebrew Union College-Jewish Institute of Religion, New York in 1977 and was a congregational rabbi in California for over 30 years. He served the congregations of the Sephardic Hebrew Center and Wilshire Boulevard Temple, in Los Angeles.

TBS granted him the title of Rabbi Emeritus in 2005, when he and his wife, Wendy Bocarsky fulfilled a life-long dream to make Aliyah to Israel. They lived in Jerusalem, from 2005 until 2015, where he was on the staff of the Hebrew Union College-Jewish Institute of Religion. There he taught Liturgy and served as the rabbi of the “Year-in-Israel Program” for entering rabbinic, cantorial and education students of HUC-JIR’s North American programs. Since 2015, Rabbi Donnell and Wendy have lived, with their three dogs, Louie, Barney and Angel, in Beaverton, Oregon, where Rabbi Donnell teaches Torah Study and Adult Education classes for Congregation Beth Israel.