By Temple Beth Sholom on September 6, 2019 in Blog

In June/July of this year, I fulfilled a life-long dream to travel to Eastern Europe, specifically to Poland, Lithuania and Belarus, the cradle of Jewish civilization and culture for centuries before World War II. My father was born in Vilnius, Lithuania (part of Poland before WW II). Part of purpose of the journey was one of discovery – to explore and search for ancestral roots, to see and experience a very different part of the world. But the most important purpose of the journey to me was to be a witness.

There were 3.5 million Jews that lived in pre-WW II Poland (which included Vilnius and a good slice of what is now Belarus). We were told that there are only 5,000 Jews in Poland today. Poland, Lithuania and Belarus are the homes of over ten thousand “killing fields” where Jews were wantonly slaughtered like pigs during WW II by Nazis and their collaborators. We visited a number of these killing fields on the trip, including the Ponar Forest near Vilnius, Treblinka near Warsaw and Aushwitz-Birkenau near Krakow.

My most poignant moment, though, was in Minsk, where a memorial had been created at the killing field known as “The Pit”. On March 2, 1942, Nazis shot 5,000 Jews who were marched to the pit from the Minsk Ghetto. A sculpture titled “The Last Way” depicted 20 or so doomed and hapless naked Jews descending into the pit, knowing they were breathing their last breaths. While I have attached a photo of the sculptured figures and their descent into the pit, you have to be there to experience the pain, desperation and helplessness that these figures represented. And, of course, being at the site and viewing the sculpture could be nothing like being there on March 2, 1942.

I envisioned myself as being one of those forsaken and pathetic human beings in the line, stumbling down the steep grade, bumping into the bony skeleton in front of me. These skeletons were/are our own families – uncles or great uncles, aunts or great aunts, grandfathers, grandmothers, grand cousins – flesh of our flesh.

I could not help but ask myself, what were the last thoughts of these despairing Jews?

“Will anybody remember me?”

More than ever, I realized the holy nature of this trip to Eastern Europe. I was walking in the ashes of their footsteps – more than 77 years later – to acknowledge that they once lived and were criminally murdered because they were Jews.

It was a personal holy bond that I owed them. It was a holy tear that I shed for them.

And now, I feel more responsible than ever to make up for the loss of these Jewish souls, by living a life that shouts out – “I am a Jew, and our story and our spirit survive!” 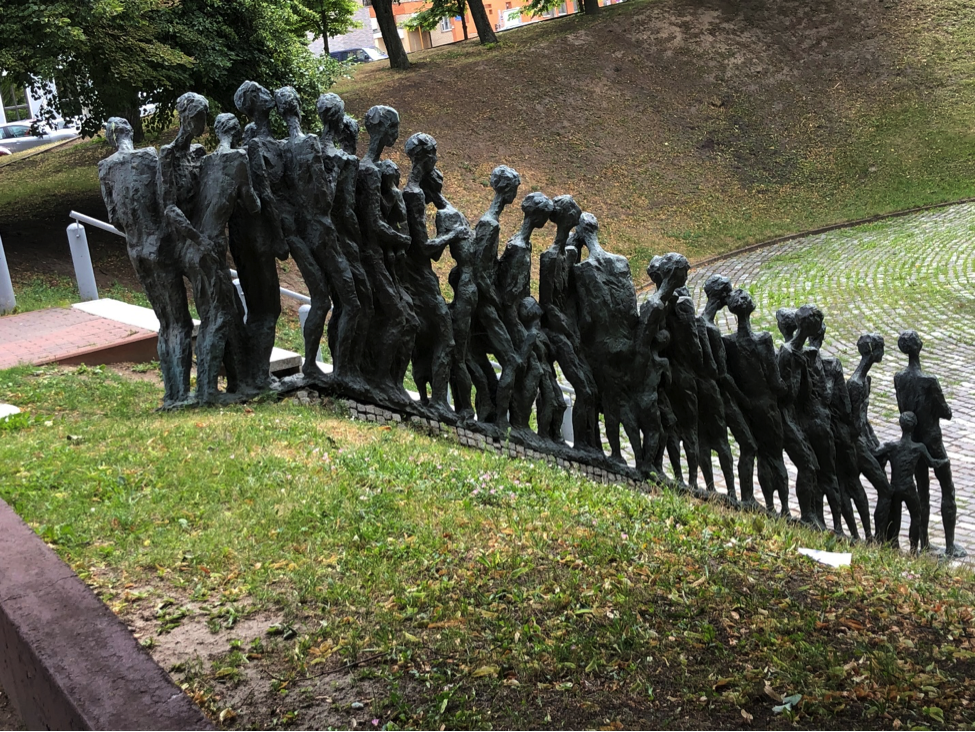 Don’t believe everything you hear. Check it out.
Are You With Me?

One Response to The Last Way